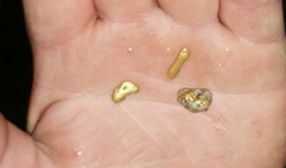 My First Gold Nugget with a Metal Detector-How and Where

It is good to be back with you again to discuss yet another gold finding strategy. Today, I would like to share with you my very first experiences of finding gold nuggets with a metal detector. I remember it like it was yesterday.

This was back around the early 1980’s or so. At this point in my life, I had already spent time in California with George Massey and the Gold Prospectors Association of America.

I had learned far more about gold prospecting and mining with the GPAA than I had learned in my years of university studies, majoring in geology.

I had also been actively metal detecting for coins and jewelry for nearly 15 years by this time.

Interestingly, I had never taken the time to combine these two interests, which is, I had never yet gone gold prospecting with a metal detector.

One day, while running my little store called, The Prospector, I was approached by a friend whose boss owned new gold mining concessions in Brazil.

Their company was involved in diamond mining in Brazil, but now had taken up a new interest in alluvial gold mining.

Since I knew how to speak Portuguese and knew a fair bit about gold prospecting and mining, they made me an offer that I was not able to refuse.

They sent me down on an exploratory visit to Mato Grosso to see the lay of the land and to see if I would be interested in a permanent gold prospecting job.

It only took me three weeks to become convinced that this was indeed a valid opportunity to advance in my area of passion, not to mention, making a lot of money.

I returned home just long enough to close up my little store and to prepare to live full time in a very remote part of the Amazon jungle. It was a huge and scary step to take. 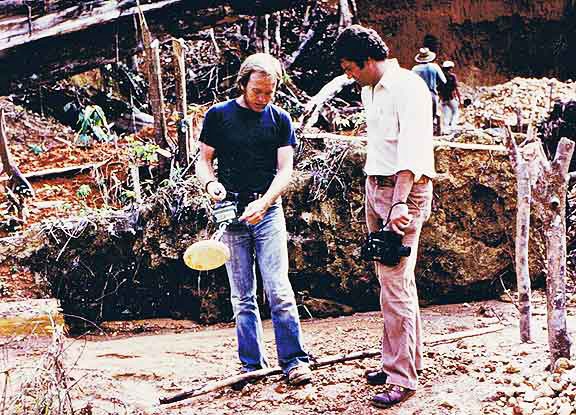 In the process of preparation, I convinced my boss that I should take a high-quality Garrett metal detector and a small, Keene suction dredge for testing. He agreed to both.

Several weeks passed and I finally arrived at my new home in the jungle.

I have a thousand stories to share about that experience, but to keep you from falling asleep today, I’ll only share the story about finding my first few gold nuggets with the detector.

The gold concession had recently been purchased by my boss.

A major gold discovery had occurred two years earlier, made by a Brazilian gold prospector. A big gold rush had ensued.

Hundreds of “garimpeiros” (miners) had been working in the area. After the concession was purchased, it had taken several months to vacate the artisanal miners. That is when I moved in.

It took me about two weeks to briefly survey the entire concession. It was huge.

Fortunately, the previous miners had opened up some trails and work areas which allowed me to see things more clearly. I could especially see the areas that had been worked for a longer period of time9. There were tailings piles everywhere.

I soon discovered that this entire gold deposit was the remnant of an ancient river channel.

Even though there were no big rivers running through the concession, all of the tailings piles and diggings revealed major quantities of rounded river rocks.

This was very similar to what I had seen in the Motherlode of California. 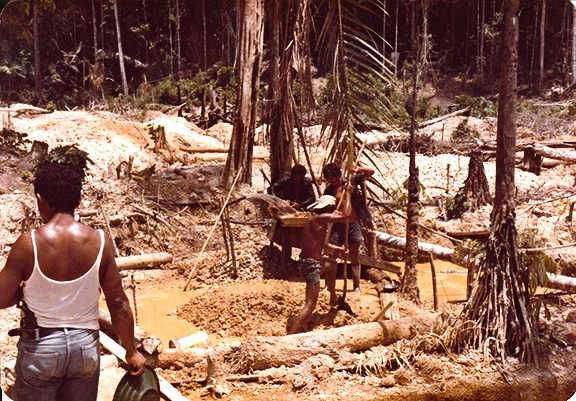 After observing the last few artisanal gold miners at work, I noticed that they processed the pay gravels at a very high rate of speed. One man shoveled the pay material onto a rustic classifier which was simply a sheet of metal with ½ inch holes drilled into it.

Another man would feed water onto the classifier that held the gravel. A third man would manipulate the muddy material with a wooden scraper until the clay had broken down enough and the smaller material had passed through the classifier holes.

That third man would then immediately sweep the unclassified material onto a tailings pile and start the whole process over again.

The group worked so fast, they were able to complete two or three of these cycles per minute.

However, while working so fast seems productive, in the process, they were probably dumping at least one third of the gold. And just guess what never made it through those classification holes… you’re right… the big gold nuggets.

The light bulb in my head popped on. Wouldn’t it make sense to run a metal detector over all those hundreds of tailings piles out there? I wonder how many nuggets they all threw out in their haste.

The next morning, I grabbed an assistant to help me to dig through the piles. We started on one pile that was closest to camp. I turned on the detector and then spent a minute or two getting it tuned to ground conditions.

Then, I began to swing the search coil over the pile. In less than a minute, I received a gargantuan signal. I proudly told my assistant that the signal obviously represented a big piece of junk metal. I told him we should dig it out anyway, just to clean up the tailings pile.

He dug in toward the signal. This experienced gold miner quickly gave out a shout and yelled, “Ouro” (gold – in Portuguese). I looked at the rock in his hand. It was 50% rusty quartz and 50% gold. This was one of the most beautiful gold specimens I have ever see in my life! It weighed more than an ounce.

That was my first gold nugget ever with a metal detector.

We spent the next half hour spreading out and flattening the tailings pile. Within the next half hour after that, we discovered two more gold nuggets that each weighed near a half ounce. The both of us went to lunch that day, our hearts pounding with excitement. 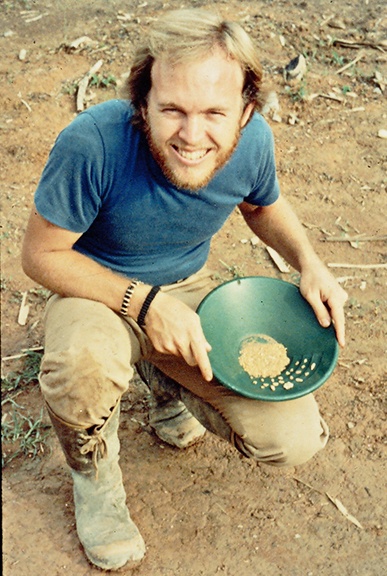 How to Find Gold - Stan with pan of gold

A week later, the boss arrived from Utah. I showed him the nuggets we had found in the tailings pile. He insisted on going out with me to search through more tailings piles.

We went out early the next morning. We returned to camp for lunch with four new gold nuggets. The average weight was about a half ounce each. 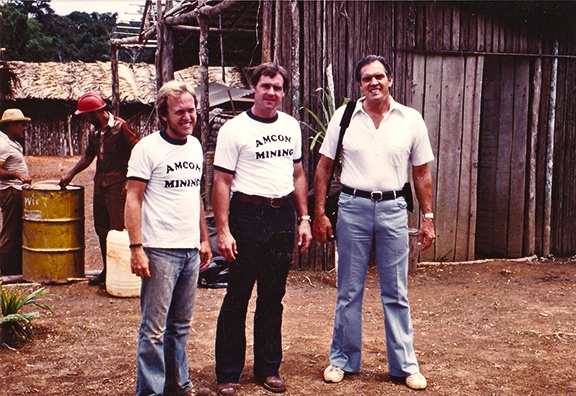 “Looks like that expensive metal detector was a good investment after all.” 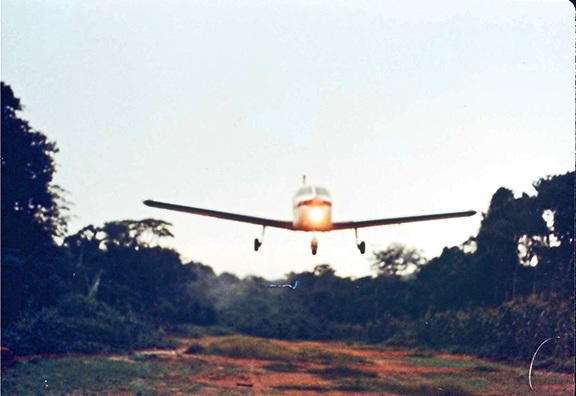 In my next e-mail, I’ll share with you how I learned to find gold nuggets in ancient river channel deposits without doing any gold mining or digging beforehand. That is a huge time saver and represents a big pay day!