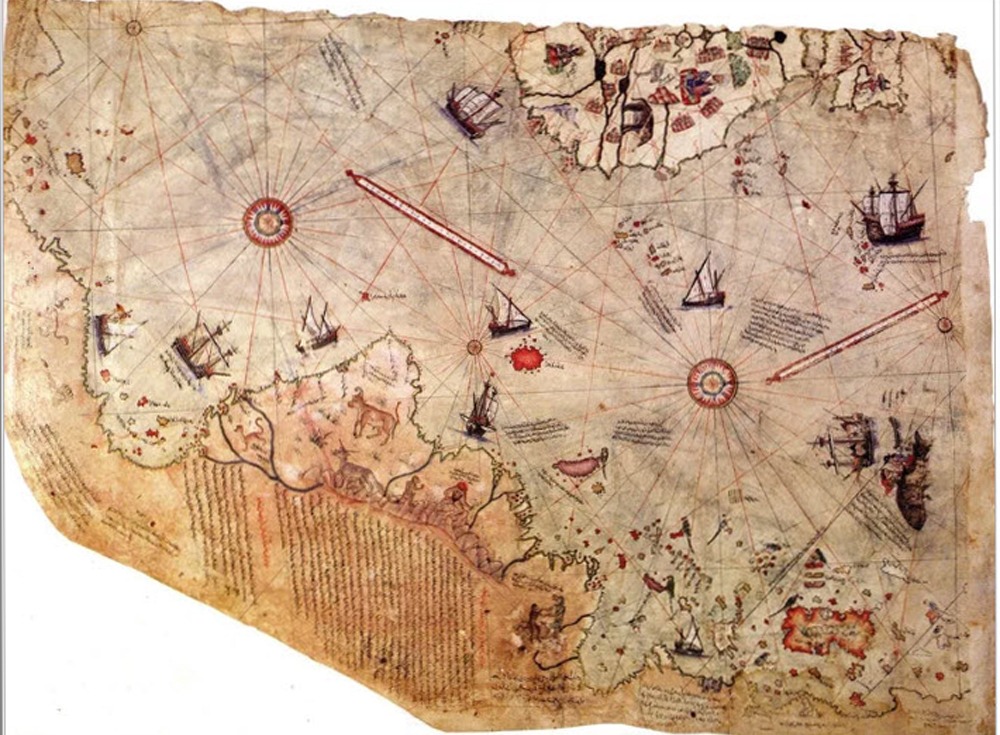 Did aliens actually visit the earth in ancient times? Do you think they lived on earth for some time? Do you think they may even still be here among us? What does the evidence say? I hope you enjoy this article and will please leave us a comment down below. Please share this page if you think it may interest your friends too. Thanks, Stan

Over the years, History Channel show Ancient Aliens has become the butt of a lot of jokes. Poor Giorgio A. Tsoukalos is a meme that just won't go away. But early on in the existence of the show, Ancient Aliens actually made some pretty good points and re-sparked an interest in the eternal question: Does extraterrestrial life actually exist?

NASA's 2001 Mars Odyssey discovered reservoirs of ice resting beneath Mars' surface, suggesting the planet can sustain life. Then in 2008, the Vatican acknowledged that life on other planets is possible, and declared that the discovery of extraterrestrials would not negate the existence of God.

Chariots of the Gods?, the 1968 book by Swiss author Erich von Däniken, attempted to prove that aliens had visited Earth thousands of years ago. Von Däniken noted that major religions revolve around a story of a heavenly figure visiting Earth, and argued that aliens visited ancient civilizations that welcomed them as gods. One year after the book's publication, Neil Armstrong walked on the moon and reignited America’s interest in outer space and aliens. Von Däniken’s theory that ancient gods were actually alien visitors is still highly contested. 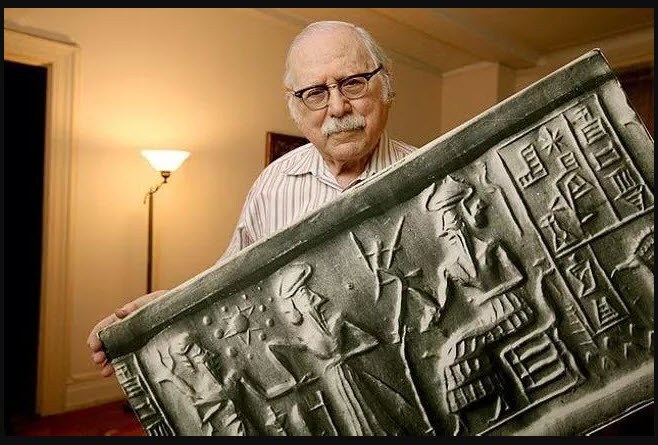 What They Said: Ancient artifacts discovered all around the globe depict ancient alien astronaut technology.

Why It Makes Sense: In Colombia, archaeologists uncovered tomb artifacts that resemble modern-day airplanes, complete with fixed wings, an upright tail fin, and a fuselage. The Istanbul Museum hosted a sculpture that looked like a headless astronaut in a space suit sitting inside a rocket ship covered in tubes; author Zecharia Sitchin, pictured above, argued the sculpture was ancient. Where could ancient cultures get such advanced ideas about aerodynamics? Ancient Aliens theorizes that these artifacts are documentation of visits from extraterrestrials.

Many Religions Have Stories Of Flying Machines Descending From The Heavens 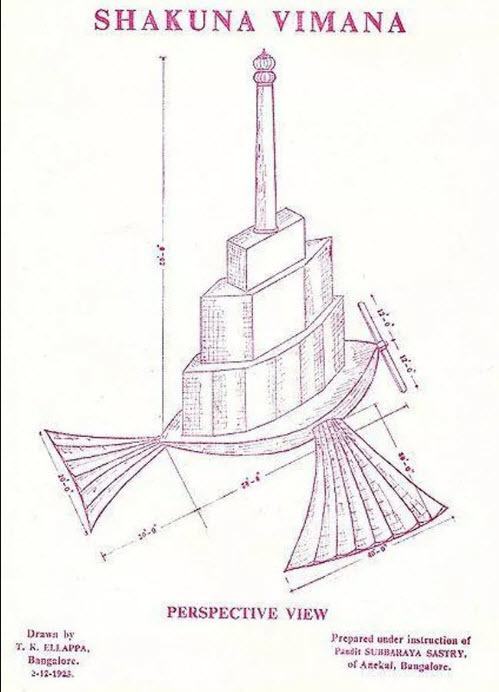 What They Said: Christianity isn't the only religion that depicts extraterrestrial visitation. As a matter of fact, almost every major religion in the world has a similar story.

Why It Makes Sense: The story is the same, but the names are always different: A deity descends from the heavens, communicates with the culture, and disappears with a promise to return in the distant future. Sanskrit writings dating back over 5,000 years describe Vimānas, or mythical flying machines, that are over 100 feet wide and move much like modern aircraft.

The Geoglyphs Of Nazca Were Created 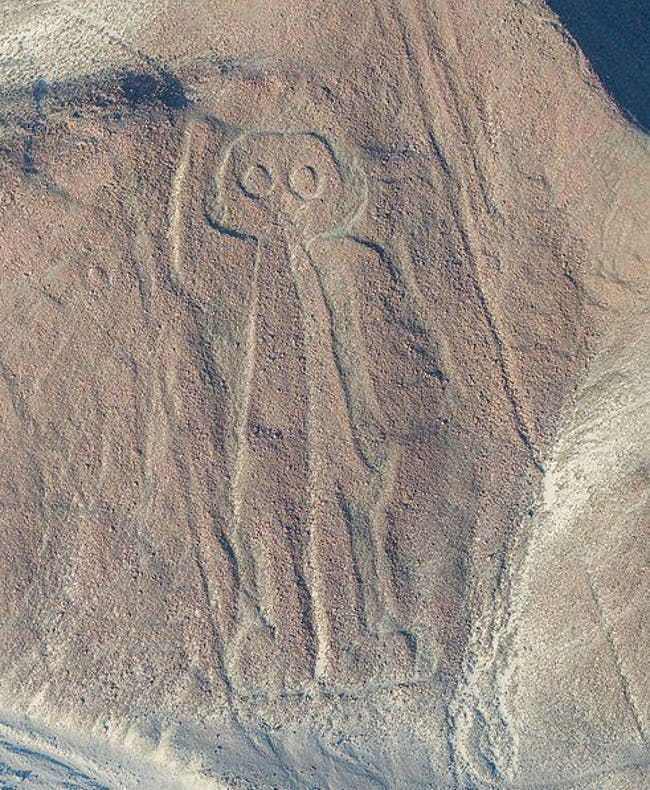 What They Said: The Nazca Lines were created to attract extraterrestrials.

Why It Makes Sense: The Nazca Desert in Peru is home to an arid plateau that stretches more than 50 miles. It is covered in countless geometric patterns and figures known as the Nazca Lines. Archaeologists believe they were formed between 500 BCE and 500 CE. The patterns include clear images of fish, monkeys, spiders, and even humanoids, as well as dozens of long, straight lines.

These clearly man-made designs are only recognizable from high above. Ancient Aliens theorizes they're signals to extraterrestrials.

The Nazca Lines Were A Man-Made 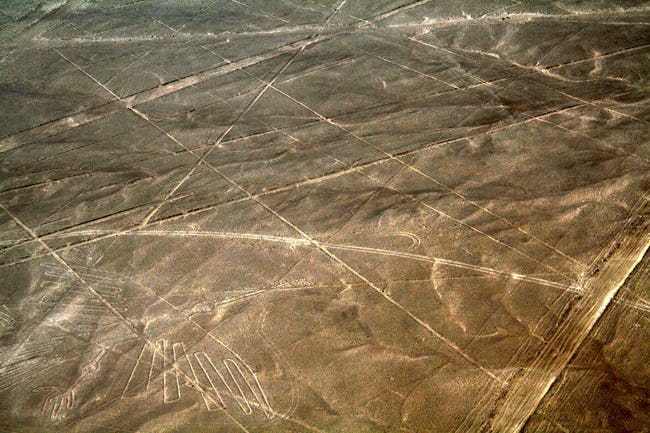 What They Said: The Nazca Lines were a man-made ancient alien runway.

Why It Makes Sense: Nazca, Peru, has been heavily researched because of its compelling man-made landscapes. The desert has long, flat stripes that go on for miles across mountains and valleys, resembling an airport landing strip. How could a primitive civilization alter the landscape so drastically, and why?

These questions remain unanswered to this day, which is why the Nazca Lines are such a renowned mystery.

The Antikythera Mechanism Is An Ancient Extraterrestrial Computer 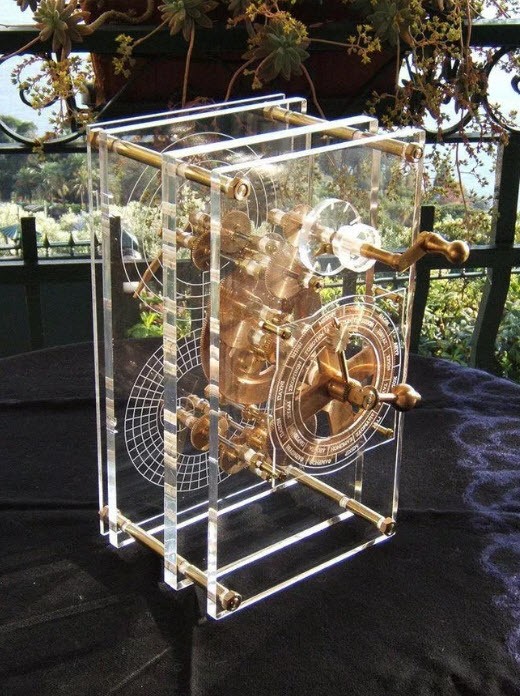 What They Said: The mysterious Antikythera mechanism is an ancient extraterrestrial computer.

Why It Makes Sense: In 1901, scuba divers off the coast of Antikythera discovered a strange box among a shipwreck. Nearly 50 years later, after X-raying the box, a team of scientists discovered it contained a complex clockwork mechanism made up of over 30 bronze gears. Scientists believe it was created between 205 BCE and 60 BCE, and that it tracked the locations of the moon and sun through the solar system.

Ancient Aliens theorizes that such an advanced computer-like device could not be created with the era's technology, and that it must have extraterrestrial ties. 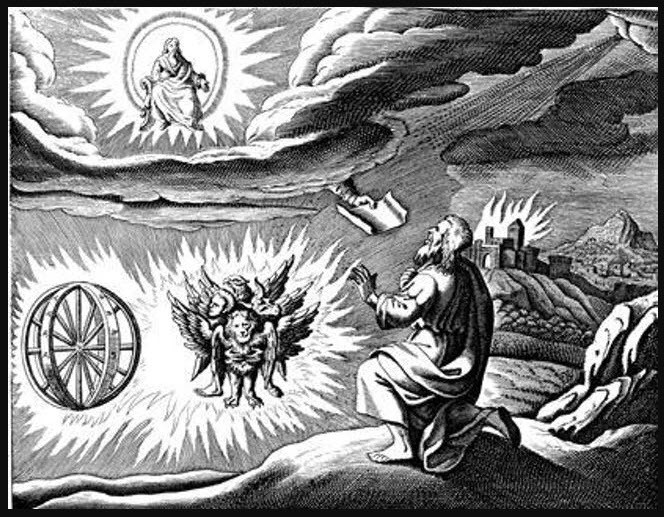 What They Said: Ancient cultures interpreted extraterrestrials and their devices as gods or the work of gods.

Why It Makes Sense: The Book of Ezekiel states that creatures with four wings and as many faces - the faces of a man, a lion, an ox, and an eagle - visited Earth. A device that looked like a wheel intersecting another wheel accompanied each creature. The Old Testament contains other accounts of visits by God or his angels.

Ancient Aliens theorizes that these accounts are descriptions of past visits from extraterrestrials. Primitive civilizations thought World War II war planes were holy figures descending from the sky, as the cultures couldn't explain such advanced technology, so ancient civilizations might have had similar reactions to extraterrestrials. 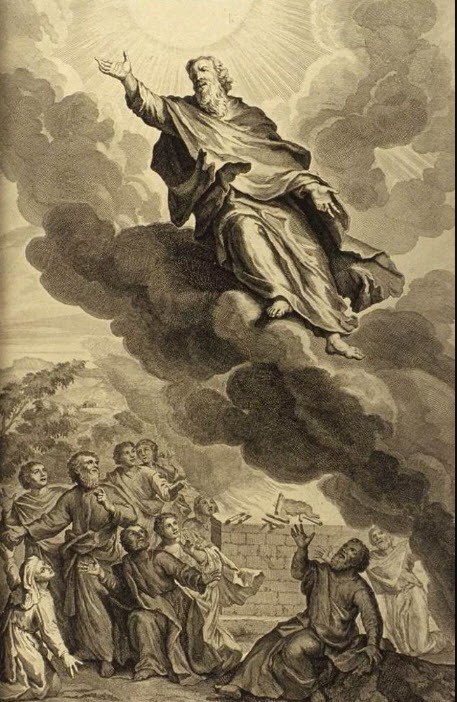 What They Said: Extraterrestrials abducted Enoch, an ancestor of Noah.

Why It Makes Sense: The Lost Books of the Bible and the Forgotten Books of Eden contains the Second Book of Enoch, which details Enoch's ascension through the 10 heavens. Ancient Aliens theorizes that this is a first-hand account of an abduction.

The Secrets Of Electricity 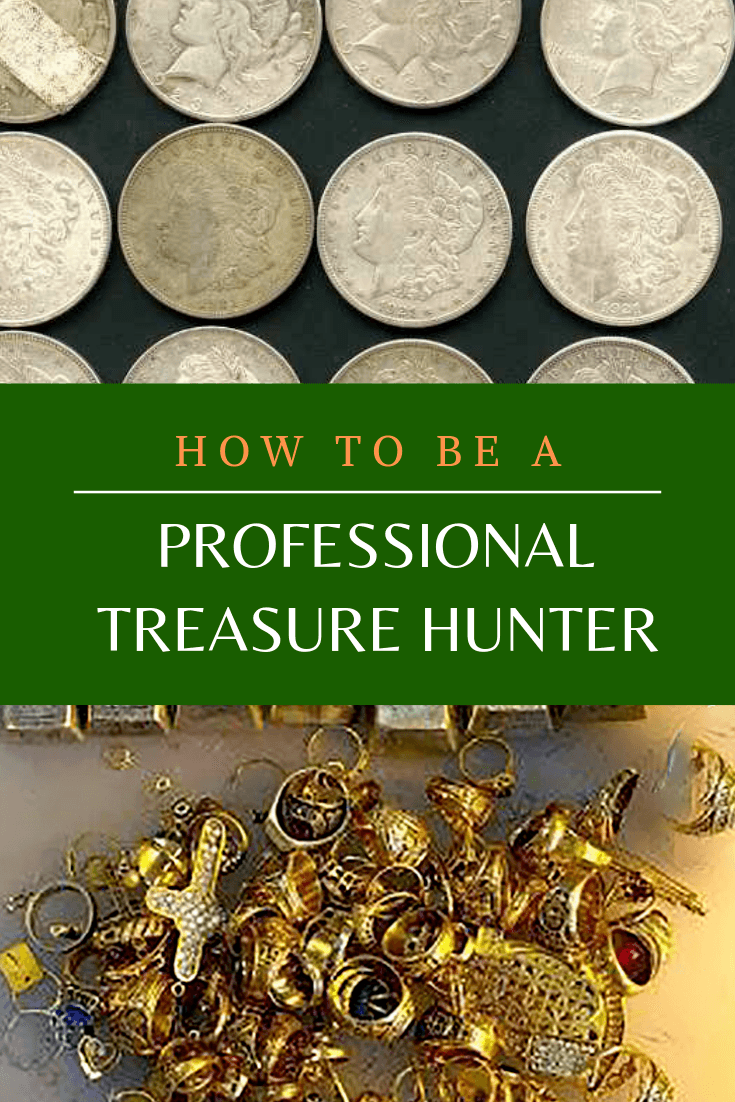 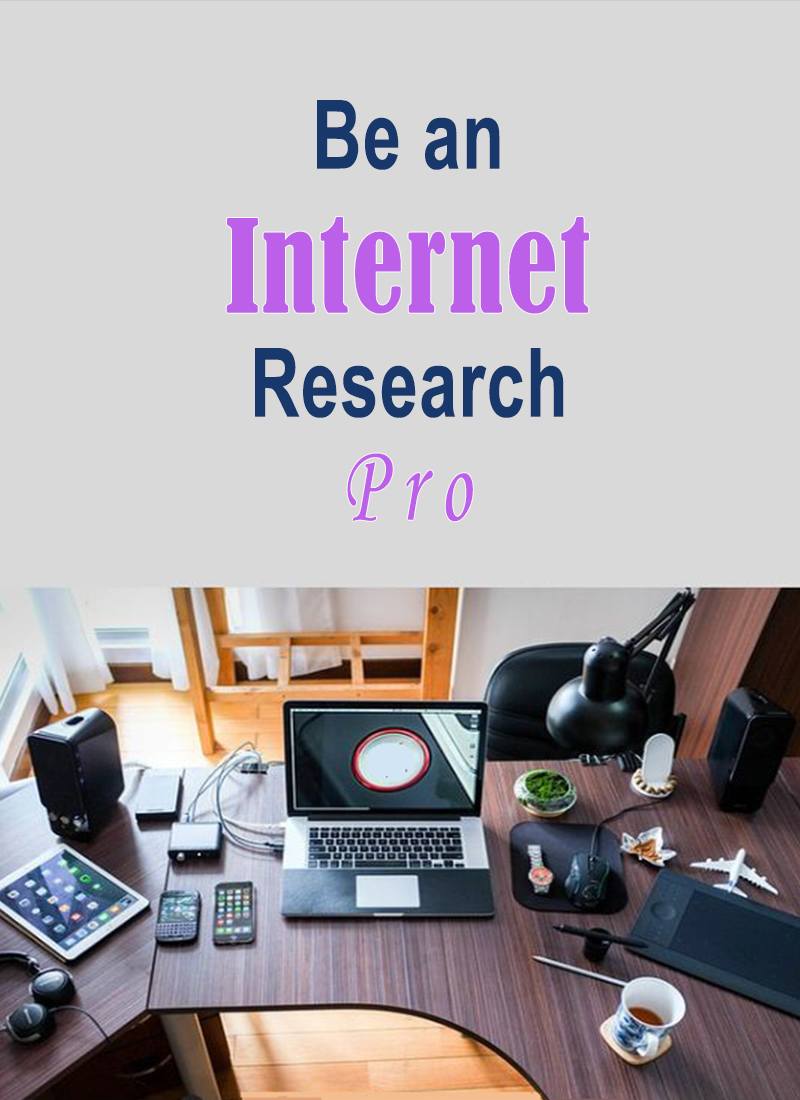 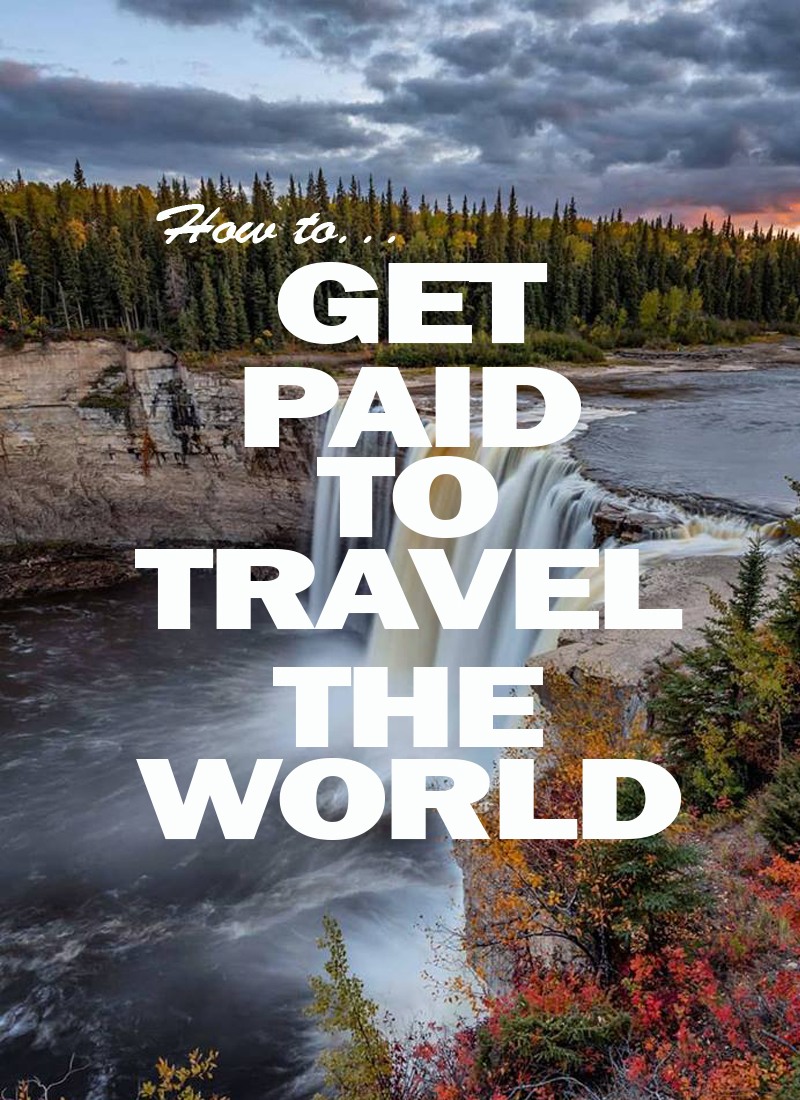